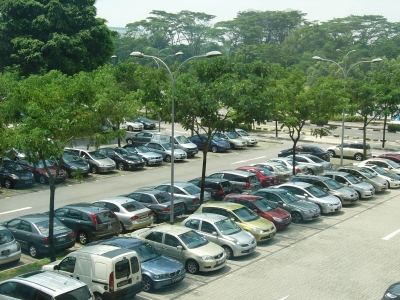 As every car owner in Singapore knows, COE was implemented to control the numbers of cars on the road to avoid road scarce and traffic jams. And now that January has ended, a new six-month quota period (February-July 2012) comes and is now believed to be every aspiring or current car owners’ last chance to buy a car before the new highs take effect from August 2012 onwards.

The predicted new highs will arise on August 2012, with this motor trade is expected to be sorely scarce. Some esteemed and reputable car dealers also believed that 80% of their cars will be sold within the next month, and the remaining 20% from August onwards.

It was indicated on the previous press release of LTA that the foreseen COE supply crisis is affected by the following factors:

1.) Numbers of cars that will be deregistered and COE replacement for each one of them.

2.) To put a hold on the growth of COE to keep the car population growth in a stiff drift.

The downside is that COE is valid for 10 years and must be renewed after that for the prevailing 3-month price of a new one. Thus, deregistration only occurs when a car is older than 10-20 years; in which 4,525 cars will reach these ages according to LTA. This figure is an obvious fall as compared to 19,375 passenger cars that were deregistered last 2011. In short, only a few old cars can be taken away on the road to make way for fresh COEs this 2012.

According to LTA, the 1.5% growth rate of COE Quota is only applicable for the first half of 2012. And as announced in October 2011, the vehicle growth rate will be revised to 0.5% from August 2012 resulting to thousands of COE Loss. Thus, the car industry, in general, is expecting a dreadfully expensive and scarce COE.

On the other hand, COE has been expected to be stable from February till July August 2012. Cat As is become a bit adequate with a 1,239 monthly quota from February-July 2012. While Cat B has been cut down from 706 to 699.

Now that you know about this predicted COE Crunch, would you not agree that purchasing a car would be cheaper, better and more reasonable on or before July 2012?

cheaper, better and more reasonable on or before July 2012?

Disclaimer: This blog post is for reference purposes only. No copyright infringement is intended.

Tagged COECOE SystemSingapore Car News
Sign Up for Our Newsletters